If you want to cover Europe with w2xp sceneries, you had to download and extract 49 files. Now Europe is available in only 6 parts: 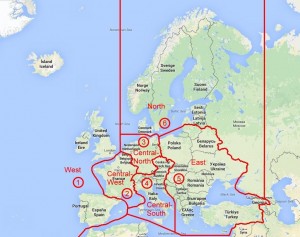 The new sceneries have less borders (= less exclusions) and thus some advantages depending on the region: